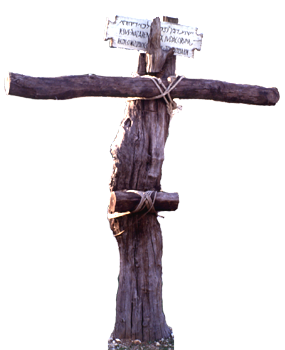 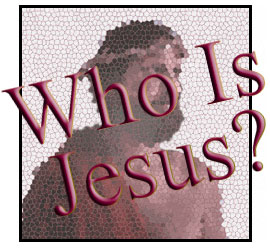 Who is Jesus?
Who is the Messiah?
The Spirit of the Law

How can Jesus be the Messiah?
Is Joseph Jesus’ Father?
Is Jesus’ Hebrew name Yeshua or Yahshua?


Jesus of Nazareth Lecture #1b ⇨

Olive-colored skin:  A dark complexion common to many people of the Mediterranean region.

John 2:15: And having made a whip of cords, he drove the sheep and the cattle out of the Temple, and he poured out the coins of the moneychangers and overturned the tables.

Luke 12:49: I came to cast fire on the earth, and how I wish it was already burning!

Acts 21:20,23-24: You see, brother [Paul], how many tens of thousands of the Jews are believers and all are zealots for the Law [they saw no contradiction between Judaism and belief in Jesus].... We have four men [believers] who have taken a vow [a Jewish Nazirite vow]; take them and purify yourself with them [Paul practiced Jewish ritual purification].... and all will know that there is nothing to the things they have been told about you, but that you, too, keep in line and observe the Law.

Rom. 11:18: Do not boast over the [natural] branches [the Jewish people]; but if you boast, remember that it is not you who supports the root, rather the root is supporting you.

Matt. 26:7: A woman came to him who had an alabaster bottle of very expensive fragrant oil, and she poured it on his head as he was reclining at the table.

Psalm 133:2: Like the good oil on the head, coming down on the beard...that comes down on the edge of his garments

Discovery: Tight-toothed combs were used in ancient times to comb out lice, just as they are today.

Discovery: Ancient tunics from the time of Jesus preserved in caves near the Dead Sea.

John 19:23: Now the tunic [Jesus’ own tunic] was seamless, woven in one piece

Matt. 3:4: But John himself had...a leather belt about his waist

Discovery: Leather sandals from the time of Jesus found in caves near the Dead Sea.

Mark 1:7: One more powerful than I is coming after me, of whom I am not worthy to bend down and untie the thong of his sandals.

John 13:8: Peter said to him, You will certainly not ever wash my feet!

(Mark 10:42-43: You know that those of the Gentiles who seem to rule lord it over them.... But it is not to be this way among you; but whoever wishes to be great among you will be your servant.)

Ultraviolet radiation: is dangerous in the desert. As a result, a head covering is necessary. Black cloth, surprisingly, keeps you cooler than white cloth, which is why many Bedouin wear black clothes in the desert.

In Hebrew, Sudar. In Arabic, Keffiyeh.

Tassels: In Hebrew: Tzitzit. Today all tied with the same pattern of loops and knots.

Num. 15:38-39: Speak to the sons of Israel, and say to them that they will make for themselves a tassel [tzitzit] on the corners [the wings] of their garments throughout their generations, and they will put on the tassel of each corner a cord of blue [techelet--a bluish or purple color]. And it will serve as a tassel for you and you will see it and you will remember all the commandments of the Lord.

Matt. 23:5: But they do all their works to be seen by men; for they...lengthen their tassels.

(Discovery: Israelites can be seen wearing tassels on one of the most ancient artistic representations of the people of the Bible: a relief on the walls of the palace of King Sennacherib at Ninevah, recording the overthrow of the Israelite city of Lachish, 8th century BC.)

Discovery: The royal archives of the palace at Mari in Syria containing thousands of hardened clay tablets (about 1700 BC).

Murex Snails: Found in the Mediterranean Sea, they were used to produce a valuable purple dye.

Exo. 26:1: And you will make the Tabernacle with ten curtains of fine twisted linen and blue and purple and scarlet material...

Discovery: At Mari, a written prophecy was sent to a king with a lock of the prophet’s hair and a piece of one of his tassels to prove his identity.

1 Kings 19:19-20: And Elijah went over to him [to Elisha] and he threw his cloak to him. And he [Elisha] left the oxen and ran after Elijah, and he said, Please let me kiss my father and my mother, and I will follow you.

Matt. 21:7-8: When Jesus rode into Jerusalem on Palm Sunday, they brought the donkey and the colt, and laid their cloaks on them, and he sat on them. But the very large crowd spread out their cloaks in the road...

Luke 8:43-45,47-48: And a woman who had a flow of blood for twelve years...having come up behind him, touched the tassel of his cloak.... And Jesus said, Who touched me?....But the woman, having seen that she did not escape notice, came trembling and fell down before him.... But he said to her, Daughter, your faith has saved you; go in peace.

Mal. 4:2: The sun of righteousness will rise up...and healing will be in his wings [his corners].

Ruth 2:12: May the Lord reward what you have done, and may your wages be peaceful from the Lord, the God of Israel, under whose wings you have come to seek refuge.

Psa. 91:4: With his feathers he will cover you, and under his wings you will seek refuge.

Deut. 6:8: And you will tie them as a sign on your hand and they will be as frontlets between your eyes.

Matt. 23:5: For they enlarge their phylacteries...

Deut. 6:9: And you shall write them on the doorposts of your house and on your gates

At the time of the morning and evening (actually afternoon) sacrifices (Num. 28:3-8): about 9 am (Shakharit) and 3 pm (Minkha). There was also a personal time of prayer at night (Maariv).

Acts 3:1: Peter and John were going up to the Temple at the ninth hour [3 pm], the hour of prayer.

Acts 10:9: Peter went up on the housetop about the sixth hour [about 12 noon] to pray. Afternoon prayer was permitted any time after 12:30.

There were two positions for prayer: 1) Standing, facing Jerusalem and the Temple, with hands outstretched:

1 Kings 8:22-23,28,30: Then Solomon stood in front of the altar...and he spread out his hands to the heavens and said, Lord my God...Listen to the prayer of...your people Israel which they pray toward this place."

2) Prostration. Kneeling in the Bible is the first step in prostration:

(Mark 15:19: and sinking down on their knees they were prostrating themselves before him)

(1 Kings 8:54: he arose...from sinking down on his knees with his hands spread toward heaven)

(Rev. 7:11: They fell on their faces before the throne and worshiped God.)

Amen: Response to prayer that means I agree or may it be. (The name of God (Yhwh) was never mentioned in prayer.)

(Jesus to the High Priest: You will see the son of man sitting at the right hand of Power (Matt. 26:64).

The Eighteen Benedictions: Today, there are actually nineteen benedictions. The benedictions in italics were added after the time of Jesus and the destruction of the Temple in AD 70.

1) The God of History: Blessed are you, Lord our God and God of our fathers, God of Abraham, God of Isaac, and God of Jacob, the great, mighty, and revered God...

2) The God of Nature: You, Lord, are mighty forever, you revive the dead, you are mighty to save...

3) Holiness of God: We will sanctify your Name in the world even as they sanctify it in the highest heavens...Holy, holy, holy is the Lord of hosts...
...who is in the heavens, may your name be made holy.... on earth as it is in heaven (Matt. 6:9-10)

4) Prayer for Understanding: Favor us with knowledge...

5) For Repentance: Cause us to return, our Father.... Bring us back in perfect repentance into your presence
Our Father... (Matt. 6:9)

6) For Forgiveness: Forgive us, our Father, for we have sinned...
And forgive us our sins, as we also have forgiven those who sin against us (Matt. 6:12)

7) For Deliverance from Affliction: Look upon our affliction...and redeem us speedily for your Name’s sake...
Do not lead us into temptation, but deliver us from evil (Matt. 6:13)

9) For Deliverance from Want: Bless this year to us, Lord our God, together with every kind of the produce thereof, for our welfare; give a blessing on the face of the earth...
Give us this day our daily bread (Matt. 6:11).

12) Against Slanderers (after AD 70): “Let all your enemies be speedily cut off; uproot and crush the dominion of arrogance...”

13) For the Righteous and Proselytes: Grant a good reward to all who faithfully trust in your Name...

17) For Restoration of Temple Service (after AD 70): “Restore the service to the inner sanctuary of your house...”

18) Thanksgiving: We will give thanks to you...

The Lord’s Prayer: is a summary of the Eighteen Benedictions.

Deut. 8:10: You will eat, and will be full, and you will bless the Lord your God for the good land that he gave you.

James 3:9: With [the tongue] we bless our Lord and Father.

Matt. 6:5: When you pray, do not be like the hypocrites that like to stand and pray in the synagogues and on the street corners, that they may be seen by men.

Baruch attah Adonai Eloheinu, Melech HaOlam (Blessed are you, Lord our God, King of the Universe...). Over wine: ...creator of the fruit of the vine. Over bread: ...who brings forth bread from the earth.