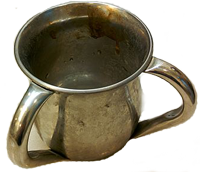 Jesus of Nazareth
The Jewish Roots of Christianity 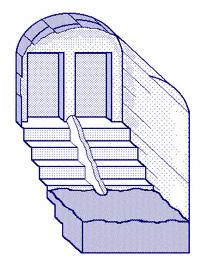 The Laws of Noah
The Law of Moses

The Debate over Unwashed Hands in Mark 7

Appreciating and accepting the Jewish roots of Christianity doesn’t mean you have to accept Jewish tradition uncritically. Jesus certainly didn’t. He drew a line between the traditions of men on one side and the instructions of the Bible on the other. But we must be careful to distinguish what Jesus actually taught from the centuries of anti-Semitic interpretation given to his words.

Mark 7 is a case in point. Christian tradition has read this chapter as a negation of the Jewish food laws known in Hebrew as kashrut. These are the laws concerning the foods that can and cannot be eaten (no pork, no shellfish, etc., in Lev. 11). But is that really what this chapter is about?

The controversy begins with a description of the Pharisaic practice of ritual handwashing: For the Pharisees and all the Jews do not eat unless they wash their hands to the wrist, keeping the tradition of the elders (Mark 7:3).* This was to avoid eating with unclean hands, which was the topic of the debate (Mark 7:2). This was, in other words, a discussion about the laws of contact uncleanness, known in Hebrew as tohorot.

At the time, ritual handwashing was a new and controversial teaching. It had only become a requirement among the Pharisees in the generation before Jesus, the generation of the famous rabbis Hillel and Shammai.

When the Pharisees asked Jesus why his disciples didn’t follow this practice, he delivered the famous rebuke, Neglecting the commandment of God, you hold to the tradition of men (Mark 7:8). Jesus wasn’t alone in his negative opinion of ritual handwashing. Rabbi Eleazar ben Enoch was put under the ban because he rejected it (Eduy. 5:6).* The famous Rabbi Akiva also disapproved, though he practiced it (Eru. 21b).**

Why did Jesus object to this practice? One of the Pharisees’ reasons for ritual handwashing was to avoid transferring ritual uncleanness to food held in your hands. This would result in eating ritually unclean food.* But as Jesus points out, Nothing by entering into a man from the outside can defile him (Mark 7:18). That is to say, eating ritually unclean food doesn’t make a person ritually unclean. He proves this with the simple fact that after entering the stomach, unclean food is digested and expelled. This converts it into something that is no longer food, so is no longer subject to the food laws of clean and unclean. As Jesus put it, It does not enter into his heart, but into the stomach, and goes out into the toilet, which makes all foods clean (verse 19). While the results of this process certainly aren’t clean from the point of view of health or hygiene, the point is that they are no longer ritually unclean according to the food laws of the Law of Moses. And if our bodies can cleanse ritually unclean food in this way, we clearly don’t have to worry about it making us ritually unclean.

* Though the Law of Moses nowhere forbids eating food made unclean in this way. Another justification for the practice was the assumption, invented by the rabbis, that hands are always ritually unclean. But this is quite different than the description of ritual uncleanness found in the Bible. Biblical uncleanness results from contact with specific sources of uncleanness that make the entire body unclean. This requires the entire body to be cleansed, not just the hands (Lev. 15; see our teaching on Clean and Unclean or The Washing of Water with the Word).

This teaching of Jesus has been difficult for Christians for several reasons. The first has to do with the word toilet (or latrine) which appears here in the original language. For some reason, translators have trouble putting that word on the lips of Jesus, and so they regularly soften the meaning to something less direct (is eliminated NASB & NKJV, out of the body NIV, so passes on RSV, is expelled ESV; though see KJV into the draught). Yet the Greek word that appears here, aphedron, clearly means a toilet.

Another problem is that most Gentile Christians have no familiarity with the Biblical laws of ritual cleanliness. As a result, what Jesus says here sounds completely contrary to common sense. How can something that goes out into the toilet be clean? But ritual uncleanness is not concerned with dirt, but rather, directly or indirectly, with death (see our teaching Clean and Unclean). As strange as it may seem to say, human waste is a sign of life. And though it is certainly messy and dirty from the point of view of health, and so was to be buried outside the camp (Deut. 23:12-14), it’s an ordinary product of daily life and did not confer ritual uncleanness. Rather, Jesus said, it’s the evil thoughts that come out of a person’s heart that defile a person (Mark 7:20-23).

Gentile Christians, however, were not familiar with the Jewish laws of clean and unclean. And so they proposed other interpretations of Jesus’ words over the years. One of the most popular was to claim that Jesus was abolishing the Jewish food laws of kashrut. This resulted in the translation of Mark 7:19, still popular today, thus he declared all foods clean (as in the NASB and the NIV). But the words thus he declared do not appear in the original language. It simply says, cleansing all foods (katharidzōn panta ta bromata), referring back to the process of digestion that Jesus was talking about.

So did Jesus abolish the Jewish food laws, the laws of permitted foods (kashrut)? Not at all. This area of religious law is not even mentioned in the debate. Rather, the entire discussion is about contact uncleanness (tohoroth). To claim that Jesus’ words here are an abrogation of the Biblical food laws ignores the context and violates his statement in Matt. 5:17: Do not suppose that I came to abolish the Law or the Prophets. Rather, Jesus came to uphold God’s word against the traditions of men.

It’s important to remember, though, that in the Law of Moses, the food laws were not given to everyone on earth. There’s a clear distinction between the commands given to the sons of Israel (the ezrachim or native-born) and those given to the Gentile strangers or sojourners (the gerim) living among them. The Jewish food laws of kashrut are in a section of the Law delivered exclusively to the sons of Israel (Lev. 11:2). This understanding was specifically affirmed by the apostles at the Council of Jerusalem in Acts 15 when they did not extend these laws to Gentile believers (Acts 15:5,10,19,20,29).

Why is this important? Because sometimes we are so zealous about the Jewish roots of our faith that we overlook important details in God’s plan. One such important detail is the distinction of Israel from the other peoples of the earth, and the distinct calling of the Gentiles as a second witness to God’s truth (1 Cor. 7:18-20). While it’s true that Gentiles are mentioned in the Law of Moses, the overwhelming majority of the Law is directed to the sons of Israel.* So what, then, is God’s covenant with Gentile Christians? The New Covenant in Messiah (the New Testament). This does not include the Jewish food laws (with one exception, the prohibition of blood in Acts 15:20,29; see our teaching on The Laws of Noah). In our zeal to uphold God’s Word, let’s do as Jesus would, and uphold all of it, including God’s distinction between Jews and Gentiles.

* The commandments for Gentiles mentioned in the Law of Moses are called the Laws of Noah in Judaism. They are quite similar to the natural law of the Church fathers. This is a much smaller set of laws than those given to the native-born Israelites (the ezrachim). Read more in our teaching on The Laws of Noah.