A winter storm in Israel

The once-forested mountains of Lebanon

A group of oryxes

A dust whirlwind in the Negev

The Desert of Kadesh

In the time of Jesus (Yeshua), this psalm was sung in the Temple at the time of the afternoon sacrifice of the Feast of Trumpets (Yom Teruah, today’s Rosh HaShanah). It’s a symbol of the approaching presence of God in the High Holy Days of the sacred seventh month of Tishri as well as of the approaching winter rains. ⇩  It was also sung on the second day of the Feast of Tabernacles (Sukkoth) and in the weekly welcoming of the Sabbath (Kabbalat Shabbat).

Click green links for photos and blue links for notes.

Credit to Yehuah,1 sons of the gods,2

Credit to Yehuah glory and strength.

Credit to Yehuah the glory of his name.

Prostrate3 yourselves before Yehuah in the splendor of holiness.4

The voice5 of Yehuah is over the waters.6

The God of glory thunders ⇩,

The voice of Yehuah in power,

The voice of Yehuah in splendor,


The voice of Yehuah, breaker of cedars.7

And Yehuah breaks the cedars of Lebanon ⇩.8

And he causes them to leap as a calf,9  Lebanon

And Sirion ⇩,10 as the offspring of oryxes ⇩.11

The voice of Yehuah, hewer of blades of fire.12


The voice of Yehuah causes the desert to whirl ⇩.13

Yehuah causes the desert of Kadesh ⇩14 to whirl.

The voice of Yehuah causes the deer to writhe15

And he strips bare the forests.16

And in his sanctuary, everything speaks glory.17

Yehuah sat as king for the Flood18

Yehuah will give strength to his people.

Yehuah will bless his people with peace.

1 The personal name of God.  Its pronunciation is uncertain, replaced with Adonai when reading by the Jewish people.  This is one of several possible reconstructions.  Click here for more on God’s name. ⏎

2 Worshippers of pagan gods. This opening section is a call to those worshipping other gods to accept the God of Israel. ⏎

3 Prostration (kneeling with face to the ground) was a gesture of humble submission. ⏎

4 That is, the splendor or glory that results from obedience to his commands. ⏎

5 The voice of the Lord is mentioned seven times in this Psalm (printed in bold letters). This may be the source of the mysterious seven thunders (the voice of the Father) in Rev. 10:3-4.  (Compare John 12:28-29.) ⏎

6 The voice of God over the waters is an image rich in associations:  as with the Creation or the Flood (see below), or with the crashing thunder of a winter storm over the Mediterranean Sea. ⏎

7 An image of lightning striking a forest, as it does at the time of the winter rains.  The cedars of Lebanon (see next line) were huge trees up to 120 feet in height and 30-40 feet in circumference. A lightning bolt crashing into a cedar tree was an image of awesome power. ⏎

8 Famous for its mountains, once covered with cedar forests, that stretch northward from Israel’s northern border. ⏎

9 The inhabitants of Lebanon and Sirion jump with fright at the crashing of lightning, as young animals do when frightened by a storm. ⏎

10 Mt. Hermon in the north.  Together with Lebanon, these were pagan areas outside of Israel, over which God shows his authority. ⏎

12 Lightning described as the flash of a sword. ⏎

13 A description of sand and dust storms in the deserts of the south, which also take place in the winter. ⏎

15 In giving birth, as they do in the winter season, an image associated with the forests in the north, where deer once lived. ⏎

16 The forests lose their leaves because of the cold air in the time of the winter storms. ⏎

17 An allusion to the glory of the Temple in Jerusalem at the time of the High Holy Days, which take place at the time of the approach of the winter rains. The first rain of the season often takes place during the week-long Feast of Tabernacles. ⏎

18 That God reigned during the Flood of Noah implies that he controlled and directed that terrible and awesome event. ⏎

In Israel, the season of storms and rain is in the winter (from about October to April).  The beginning of this important season is marked by the High Holy Days of the seventh month (the Feast of Trumpets, Lev. 23:24; the Day of Atonement, Lev. 23:27; and the Feast of Tabernacles, Lev. 23:34).  This is a time when huge, white clouds first appear in the sky after many months in which there are often no clouds at all.  The reappearance of these majestic clouds together with the storms they bring are an image of the heavenly glory of God. ⏎ 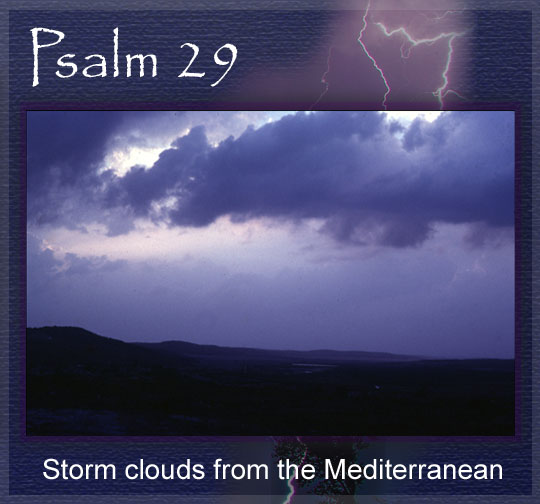 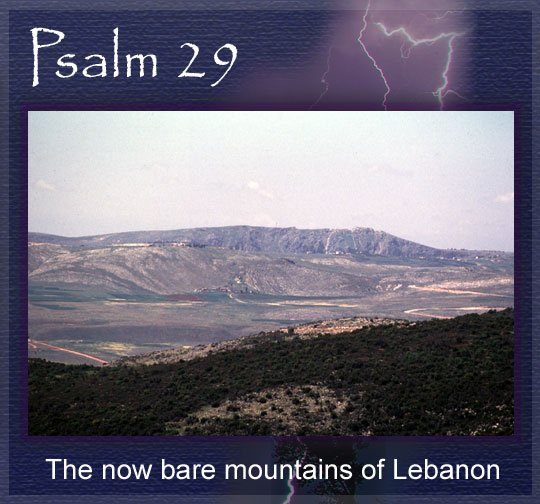 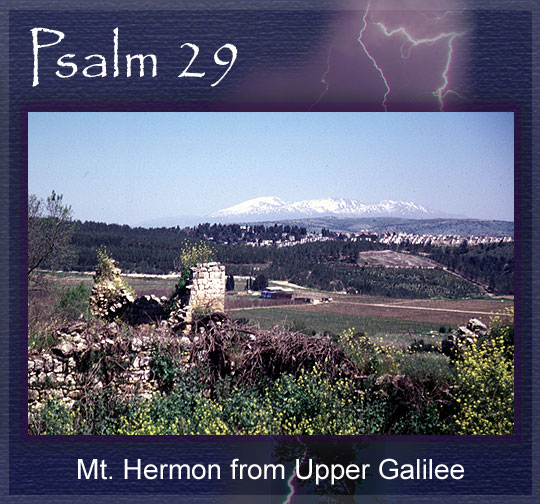 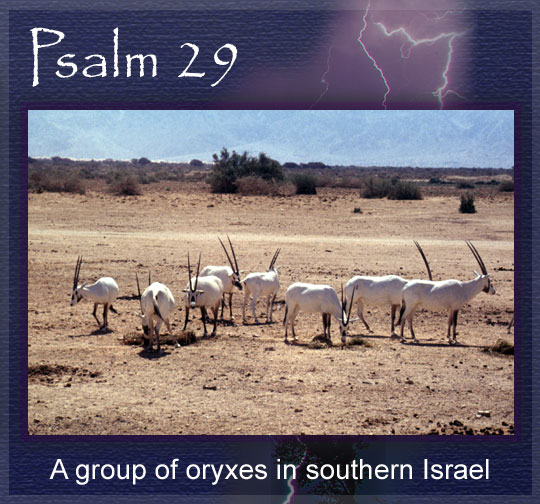 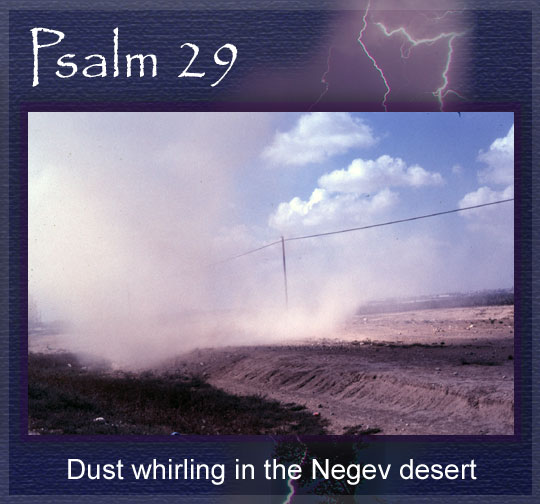 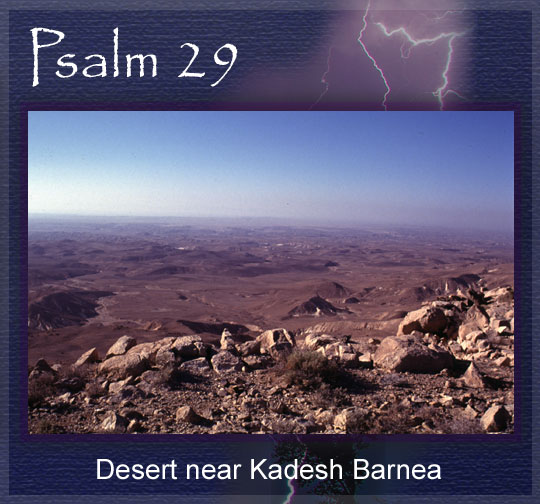