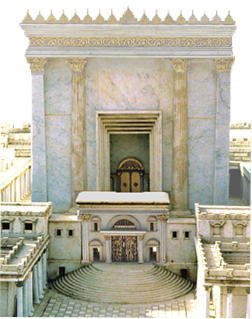 The modern city of Jerusalem

The City of David

Solomon’s Addition to the City

In the time of Jesus (Yeshua) and probably much earlier, the Psalms of Ascent (Psalms 120-134) were sung by pilgrims going up to the annual feasts of the Lord in Jerusalem. These pilgrim festivals include Passover (Pesach), Pentecost (or Weeks; Shavuoth), and the Feast of Tabernacles (Sukkoth). Hundreds of thousands of people would join the festive processions making their way to the holy city.

I was glad when they said to me,

Let us go to the House1 of Yehuah.2

Our feet were standing

Within your*3 gates,4 Jerusalem,

In the section of Jerusalem built as a city ⇩

That was joined together with her.5

For there the tribes have gone up,6

The tribes of Yah,7

Which is a testimony for Israel,8 to give thanks

To the name of Yehuah.

For there were placed

Thrones for the house of David.10

Ask11 for peace for Jerusalem.

Those who love you* will prosper.

May peace be within your* wall,

Prosperity in your* citadels.

Because of my brothers

And my friends, now I speak:

Peace be within you.*

Because of the House of Yehuah our God,

I desire good for you.*

1 The Temple of the Lord in Jerusalem is called the House of the Lord in the Hebrew Bible. You can see the ruined walls of the Temple Mount platform just left of center in the photo above as well as in the interactive photo. ⇩  ⏎

2 The personal name of God.  Its pronunciation is uncertain, replaced with Adonai when reading by the Jewish people.  This is one of several possible reconstructions.  For more on God’s name, click here. ⏎

3 A * indicates a second person singular form in the original Hebrew. In this Psalm, these are all feminine, referring to Jerusalem. ⏎

5 The final two lines of this strophe refer to the large new section of Jerusalem added in the time of Solomon. ⇩ This walled area with its stately stone structures was as large as all the rest of Jerusalem put together, a city in its own right, that was added to the older city. Here in this new section, above and to the north of the older part of the city, were the Temple with its large, open courts at the peak of the hill and the palace of Solomon (the upper palace) just south of the Temple and lower down the hill. Even the ending of the name Jerusalem (Yerushalayim), a dual ending (-ayim), indicates the city’s dual character. Jerusalem could almost be seen as two Jerusalems in one. ⏎

6 The goal of those coming up to the city for the three great pilgrim festivals (see introductory heading above) was the new section of Jerusalem added by Solomon where the Temple was located ⇩ (see previous note). ⏎

8 The going up of the tribes for the pilgrim festivals is a law (a testimony) given to Israel by God. This use of the word testimony traces back to God’s spoken word recorded in the tablets of the Ten Commandments, referred to as the testimony in Exo. 25:16,21, though later it came to be used of the Law in general. ⏎

9 In ancient Israel, judgment was considered the right of kings and one of their most important duties. The throne room of the king was the highest court in the land. ⏎

10 These were the thrones of the ruling Davidic line. The construction of the Temple right beside the royal palace (the upper palace of Solomon) was a physical expression of the link between religion and ruler that is at the foundation of the Messianic idea in Israel. ⏎

11 Ask of God, in other words, pray, as this is often translated. ⏎ 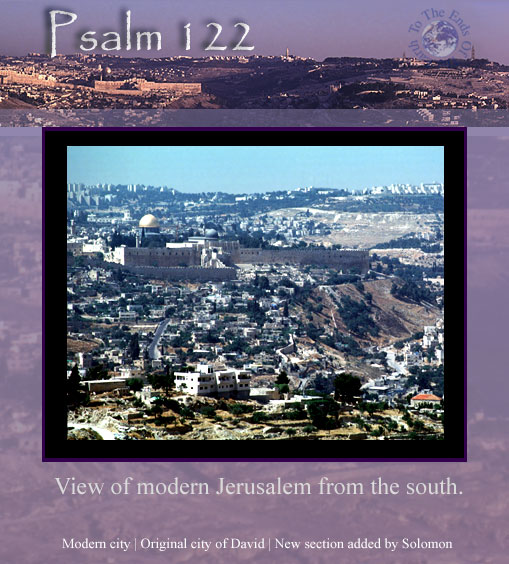 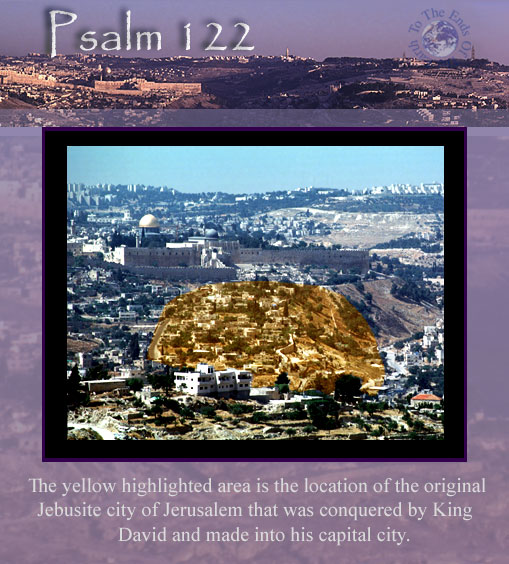 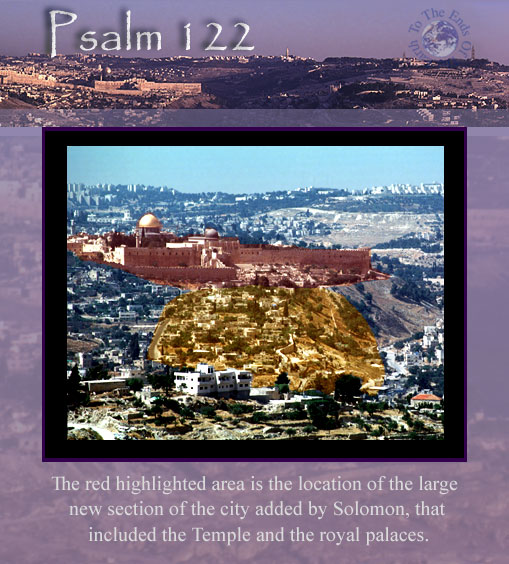