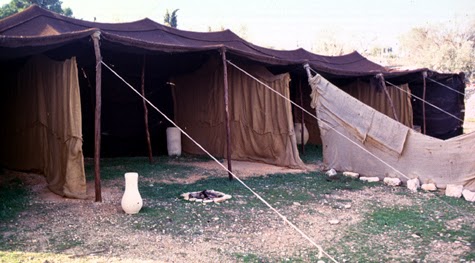 Last time, we heard Tzophar rebuke Job and accuse him falsely, just as Job’s other friends had done. He did this with religious-sounding statements that in themselves may often be true. But they don’t fit the case of Job at all. As God himself had said, Job was blameless (Job 1:8; 2:3).

It’s easy to understand Tzophar’s point of view. Jesus’ own disciples certainly did. When they encountered a man born blind, they asked: Who sinned, this man or his parents, that he was born blind? (John 9:2). It’s easy to make a connection between suffering and sin. And sometimes it’s true. But not always.

Why are we so quick to condemn? For one, it’s much easier to assume that there’s sin in someone’s life than to look more deeply. But if we took the time, we would find that we, like Job’s friends, are often sorry comforters to the afflicted. It’s easier to be self-righteous than to reach out and help those in need.

When Job responded to Tzophar, he moaned that his righteousness did him no good—that it had become a joke to people. Often it’s the unrighteous that prosper, while the righteous suffer. God’s ways don’t fit into a neat little box. He overturns the mighty and he exalts the afflicted. He reveals what is hidden and hides other things in darkness. He turns our nice, comfortable way of looking at the world upside-down. Why? Because his ways are not our ways. He’s a much bigger God than we have any idea, and his plans and his purposes are far beyond what we can imagine.

Job has already heard and considered all the arguments advanced by his friends.

Job has known all these things for a long time. He himself probably once shared these same opinions.

Job’s friends have not only failed to bring him healing, they’ve made it worse by smearing him with false accusations.

If only his friends would be quiet, it would at least give the impression of wisdom, which their speaking so far has not done.

13:6: ‘“Please, listen to my argument and pay attention to the pleadings of my lips.’”

Job desperately wants them to listen to his arguments instead of simply dismissing him.

Are you speaking for God when you speak these falsehoods?

Will you gain God’s approval if you argue on his behalf?

Will deceiving God help you when the time comes for him to examine you?

God will reprove you if you show favor unjustly.

13:12: ‘“Your# remembered sayings are proverbs of ashes; your# defenses as defenses of clay.’”

Your sayings are worthless, as are your defenses against what I say.

Instead of trying to silence him, Job wants his friends to be quiet, and let God respond to his words as he will.

Why do I risk my life like this, speaking out this way before God?

Even if he kills me, I will wait for the chance to prove my case to him. Here’s another allusion to life after death.

There was a common belief in Bible days that coming before the face of God meant instant death. A godless man would want to avoid this at all costs. But Job is willing to pursue a meeting with God in faith that God will spare him because of his righteousness. Why? Because Job, too, is looking to God for his salvation; he, too, trusts in God. Here Job uses the noun form of Jesus’ Hebrew name (Yeshua), a beautiful hidden prophecy of the Savior.

Pay close attention to what I am saying.

Job dares anyone to disprove his righteousness. Only then will he be silent and die.

The singular forms (marked with an *) tell us that Job is speaking to God again. He asks God for two things so that he will be able to come before him and present his case.

With those conditions met, he will be ready to meet God. Either God can call on Job first, or Job will speak first, after which he is sure God will restore him.

What are the sins I am being punished for? I want to know.

Why don’t you reveal yourself to me? Why do you treat me as an enemy?

Job compares himself to an insignificant leaf or dry stubble that God is pursuing.

13:26: ‘“For you* decree bitter things against me and cause me to inherit the iniquities of my youth.’”

For God is bringing difficult things against him, punishing him for sins that are far in the past.

God has locked him up and guards him like a criminal. He has made a limit beyond which Job is not able to go.

Meanwhile, Job says, mankind, referring especially to himself, is wearing out like something rotten, or clothing eaten by moths.

Surely you know about the frailty of human life, God, yet you bring me into judgment. Why?

The word for clean used here (tahor) implies ceremonial or ethical cleanliness. As can be seen in the Law of Moses, contact with unclean things only produces more uncleanness (Haggai 2:13). Unclean things cannot make anything clean.

God has limited the length of man’s life by setting a limit that he cannot cross over.

Job asks God to turn away the pressure of his scrutiny, so that man (and especially Job) can have a little rest. He wants to enjoy his life like a simple, hardworking man.

If a tree is cut down, there is always the hope that it will spring back to life again.

This can happen even if its roots are old and the trunk appears dead.

14:9: ‘“With the scent of water it will sprout and produce branches like a young plant.’”

When a little water appears, the tree will put out shoots and branches like a much younger plant.

But when a man dies and is laid to his rest, when he perishes, what happens to him?

14:11: ‘“As waters have disappeared from the sea and a river becomes parched and dries up,’”

In the desert climate of the Middle East, water evaporates very quickly. Inches of water can disappear from a lake in a single day. Dry river beds are a common sight. And when this water disappears, it doesn’t come back again—it’s gone.

14:12: ‘“So a man who has laid down will not rise until the heavens are no more. They will not awaken and will not be roused from their sleep.’”

Like evaporated water, once man dies he does not come back—at least not until the heavens themselves are removed. This is a prophetic allusion to the time of the resurrection (Isa. 34:4; Matt. 5:18; Rev. 6:14, 20:11).

14:13: ‘“If only in Sheol you* would hide me, you* would conceal me until your* anger has passed; if only you* would set for me a limit and then you* would remember me.’”

If only God would hide him in the place of death until his anger had passed. Job wants God to set a limit to his sufferings, and then remember him and deliver him.

Here Job raises the question of life after death. He compares the struggles of his life to a hard-fought war, in which he is waiting to be relieved of his duty.

One day, he hopes, God will yearn for him and call for him.

Then God will be attentive to the short length of his life, and no longer keep track of his sins.

All his sins will be hidden from sight and from memory.

But back in Job’s reality, the irreversible process of erosion continues. Landslides are common in the desert cliffs of the Middle East. Because of the lack of vegetation, these scars can be seen for hundreds of years.

14:19: ‘“Water erodes stones, its outpourings wash away the dust of the earth; so the hope of man you* have destroyed.’”

Water overcomes even rock over time. In the same way, Job says, God washes away the hope of man, and of this man in particular.

God wins the battle and men die, their faces changing in death, and God sends them away.

After death, man is no longer aware of what happens on earth. His children could become famous or achieve nothing, and he would never know it.

Here Job speaks again of life, and especially of his own life, as one of pain and mourning.

Next Lesson in Job Coming Soon